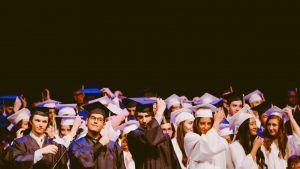 Modern students are concerned not only with the academic success of the university where they study, but also with the prospects of their future career. We have collected the top-5 universities for the employment of graduates who received the highest QS rating. The rating takes into account such indicators as graduate employment rate, partnerships with employers, employer reputation, employer-student connections and alumni outcomes. Here are the top 5 ranked universities.

MIT holds a leading position in the prestigious rankings of universities in the world, and is an innovator in the fields of robotics and artificial intelligence. Graduates work at Google, Oracle, Amazon, McKinsey Accenture, Apple, Boeing, and Microsoft.

А private research university in the United States, one of the most reputable and ranked in the United States and in the world. Its graduates have founded companies such as Hewlett-Packard, Electronic Arts, Sun Microsystems, Nvidia, Yahoo!, Cisco Systems, Silicon Graphics, TSMC, and Google.

State research university, which was ranked 5th in the world in terms of the number of graduates working at Google in 2014 by Business Insider. In 2015, Business Insider ranked UCLA as the 10th-largest U.S.university with the most students hired by Silicon Valley companies.

4. The University of Sydney (Sydney,Australia)

The oldest public university in Australia. The University of Sydney is ranked in the world’s top 50 in five areas: Social sciences and Management, Arts and Humanities, Engineering and Technology, Life Sciences and Medicine, Natural Sciences.The average graduate salary is $ 60,000 (bachelor’s degree) and $ 80,000 (master’s degree).

Оne of the most famous universities in the United States and around the world, the oldest university in the United States. Harvard University ranks first in the USA in the number of billionaires among graduates. According to statistics, more than 60% of students find a job during their studies (mainly on internships).