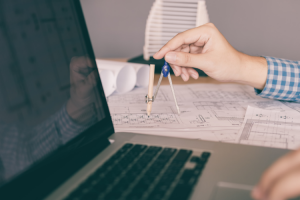 Despite the abundance of all kinds of software products, some programs can be considered a trademark of a particular profession. So, the work of a photographer is difficult to imagine without Photoshop, a writer, or a journalist – without Microsoft Word, and the work of the engineer provides AutoCAD. What is this program and why has it been an essential element for project work for so many years?

Where is AutoCAD used?

Many drafters today use software such as AutoCAD in their work. And in many draft offices, the ability to use this program is a prerequisite for employment.

AutoCAD is specialized software for automated 2D and 3D drafting and drawing, which is currently the most widespread automatic draft tool in the world. The software developer is Autodesk (USA) – the world’s largest developer and supplier of CAD for civil and industrial construction, engineering, and other spheres of activity.

Since the first AutoCAD that appeared in 1982, there has been an impressive number of various solutions that make the work of engineers and designers easier, allowing simulating, visualizing, and analyzing developed solutions. AutoCAD not only lets you see but also test a model from the earliest design stages. Over thirty years of program history, more than a thousand add-ons and specialized solutions have been created. And the popularity of this software is evidenced by the fact that now it is used by about 6 million users in the world.

The description of the program’s features makes it clear what AutoCAD is. The first versions were the most primitive. It was possible to work with a circle, a line, an arc, or a text – the parts from which more complex elements were created. It was after that that the program began to be called an electronic drawing board, which is generally true, given its capabilities.

Nowadays, however, AutoCAD is difficult to call it that, since its functionality has become so broad that such operations cannot be done on an ordinary drafting board.

The main functions of the program are to create objects and drawings in 2D and 3D. Visualization, conventional design, production of home documentation – these features are widely represented in the software product from the company Autodesk. In addition, this version of the program has quality detailing tools.

It is possible to choose one of the 18 available interface languages. Localization works with both full translation and partial adaptation of the reference literature.

Many people think that AutoCAD is free. That’s not quite true. There is a trial version, for which you will not be charged. But it is only for a certain period of time. If you want the official full program, you have to pay $185 for a month, $1470 for a year, and $4410 for 3 years. This is not a lot of money for large companies, so they usually install a licensed version.

Today you can buy this software product without much difficulty, though its cost leaves much to be desired, as it is quite expensive for ordinary users.

But there is still the free AutoCAD. This version belongs to the student license. It is designed for students and teachers for educational purposes only. You can install this version of the program from the site of the Autodesk Educational Community.

There are practically no differences from the paid version. At least in terms of functionality. But some things will still be limited.

For example, files with DWG extension, which will be either created or edited in the program, will receive a special mark. It will be displayed even when printed.

In general, if you have a small firm, perhaps this option is the best way out. Since a paid subscription costs a pretty penny after all. Here’s the guide on how to download AutoCAD’s latest version with an easy method.